description What is the difference between network block devices and network file systems?

Before we speak about the hows and whys, let’s talk about the terms we are going to be using. There is some confusion to be had, if you are not familiar with it. So, let’s get started.

Small note: The term “disk” in this article refers to HDD as well as SSD.

A block device, is, by definition, a device that stores or reads data in blocks. This means, always a certain amount of data is transmitted at every operation. How big that block is, highly depends on the protocol used.

A file system is how your hard disk is formatted. It manages how the data is physically laid out, how the journal (the database of where which file is on the disk) looks like, which security features it supports or how big the files can be. For example, NTFS supports bitlocker, an encryption method, or security descriptors that tell Windows who can access files. FAT32 from Windows98 only supports files up to 4 GiB, NTFS supports very large files.

A network file system is for example SMB, ... 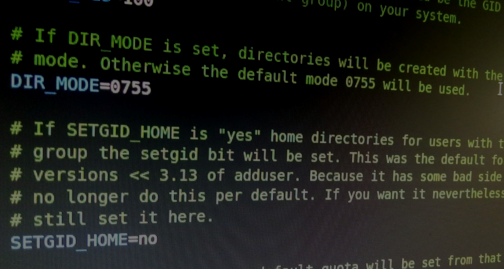 Today we are going to install icinga2 director, to make configuring the whole thing less painful.

In this tutorial I am going to show you how to install the icinga2 monitoring tool.

In this tutorial I show you how to build a DHCP server on your RasPi, to get the caching/forwardi...

Include prism.js in Jekyll Markup

Include a HTML5 canvas in Jekyll

How to handle Windows's WinMain for multiple platforms